Although the Lebanon Art and Crafts Association is an art related organization, LACA has a long tradition of being actively involved in the community in ways that extend beyond the world of art. Each year LACA members pool their talent, time, and money to help local organizations. 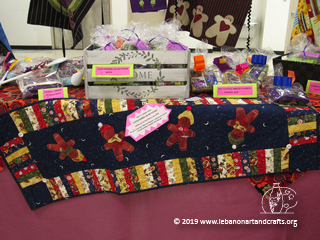 As financially able, LACA annually presents awards to Upper Valley high school students who plan to continue their education in one of the fields of art. Since 1999, LACA has donated over $15,000 to qualified high school seniors pursuing a degree in the arts.

This award is called the Lebanon Art and Crafts Association Scholarship in Memory of Alden Burt. Alden Burt was not only a founding member of the Association, but a long-time and much beloved art teacher in the Lebanon School District.

Download this year's application from our Applications and Forms page. 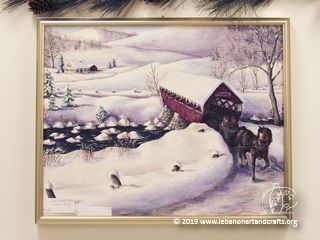 Heather Burgess made these ceramic ornaments

Our shows would not be possible without the help of community members who support our organization through the use of their retail space and/or other promotional help.

Matt Cross of WNTK/WUVR for helping with radio promotions on his radio stations.

Matt Cross of WNTK/WUVR for helping with radio promotions on his radio stations.

Peter Johnson and Bruce Waters for helping us with the show location in West Lebanon.

Matt Cross of WNTK/WUVR for helping us with promotions on his radio stations.

Jane Oakes made this wreath

Peter Johnson and Bruce Waters for helping us with the show location in West Lebanon.

Bob Sherman of Great Eastern Radio for arranging and HOME Partners for sponsoring our radio advertising on WGXL 92.3. 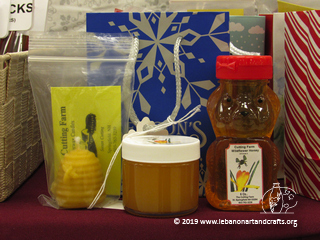 Richard Houle from the Beverage King who helped us with the set up of our 2013 show next to Abby's Closet.

The Lebanon Art and Crafts Association wishes to express our thanks to the owners of various store fronts who have been gracious enough to allow us to rent space for our annual Christmas show and sale for all the years we have been organized. We sincerely thank Lebanon College for use of their space for our 2012 show.

Special thanks to the W. S. Weiner Dev. from Massachusetts, owner of the Upper Valley Shopping Plaza  who have helped us to put our show in operation for several years including 2007-2011.